Guys. I am so so behind on my tags. Like soooo behind. Like if I was a bit more behind, I’d be going backwards. I’m trying to alternate between doing a review and a tag so that I don’t get behind on my reviews, but I am SO behind that I’m gonna have to now do some tags in quick succession. I was tagged for this super halloweeny post by the lovely Anatomy of A Book Thief. Her posts are wonderful and fun to read, go give her blog a follow! So without further ado, lets get right into this tag! Also, this tag was created by Never Not Reading  thanks for creating this fun tag!! (I just realised that I’ve said the word “tag” way too many times in this paragraph)

The Sanderson Sisters – A Great Trilogy

It’s taking me so much restraint to not say The Infernal Devices (each word is a link to my reviews for each book in that series, in case your interested 🙂 ) ,you know how much I love that series. But I want to say something other than that- the Shatter Me trilogy! Though it has some typical tropes that I usually don’t like, this series really stole my heart. And also, the covers are GORGEOUS.

Winifred Sanderson – A book with a truly evil female villain

Though I could think of more than one, I’m gonna go with the female I currently hate the most. Maeve from the Throne of Glass series trumps the list of Supreme Bitch for me. That woman- the things she did- I hate her so so so much- I WANT JUSTICE IN BOOK #7.

Matilda by Roald Dahl has to take this one! I haven’t met a single person who hasn’t read this book as a kid- and loved it! The story was so unique and sweet, it’s something I don’t mind re-reading even today. Even though it’s been YEARS since it was published, I see so many kids reading it and that makes me so happy!

Though I like John Green, I had found An Abundance of Katherines very silly. Collin dated 19 girls, all who are called Katherine? It doesn’t get sillier than that- and that’s only the beginning of the book! Yeah, that’s probably my least favourite John Green book to date. 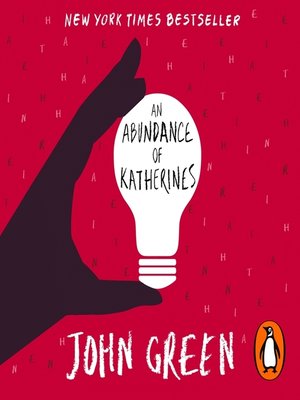 Max – A book that is trying really hard to be cool, but doesn’t always succeed

I’m gonna have to say the fourth book of the Maximum Ride series. Actually, all the books after the third books were really “try hard to be cool” books, and I think that failed miserably, cuz I found all the books after the third one boring. I’d loved the first three, and had been so invested in the series, so it really broke my heart when it went so utterly downhill. Plus, the covers are TERRIBLE.

Again a John Green book here- Looking for Alaska. I know many people didn’t like this book, but I really really liked it, especially because it had so many realistic elements added to it. It represented college life in many ways that seem quite true to me, and was very blunt and upfront about them.

I’m gonna have to say both the Shadowhunter Chronicles by Cassandra Clare and The Percy Jackson/Heroes of Olympus/Kane Chronicles/Magnus Chase/Trials of Apollo books by Rick Riordan. Though they’re not all the same series and are different series based in the same world, they all are somehow connected, making both these worlds VERY big and complicated. Not that I mind though, I’m so happy that both these authors keep writing more about those worlds, and actually are going to continue that for another few years- people can say their milking it, but I can never get enough of either of these worlds!

(another picture from my bookshelf since I have each and every Rick Riordan book except Ship of the Dead, which is arriving this sunday)

Can I say that Tris from the Divergent series was SO SO STUPID? Every decision she made after the first book was terrible, I don’t know what went through that girl’s mind, BUT EVERYTHING SHE DID WAS SO DUMB. GROW THE HELL UP WOMAN AND BE MATURE.

The Legend trilogy by Marie Lu! Champion ended so heartbreakingly, I NEED MORE. I NEED TO KNOW WHAT HAPPENS NEXT. BRING THIS BOOK BACK TO LIFE ALREADY. IT’S NOT FAIR.

I don’t think the Delirium series was as bad as people make it out to be? I know so many people who dislike it and I don’t understand why- sure it had some issues, but it wasn’t THAT bad.

Ariadnis by Josh Martin. This book just went in a completely different direction from where the author started it. I had liked it, but I had also been confused in many parts of the book. I remember it being hooking, but it was so different from what the synopsis had indicated. 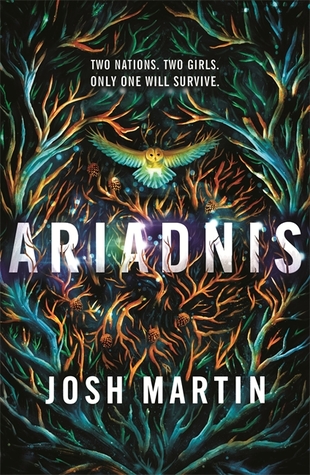 Garry Marshall – A book with a cameo

All the Shadowhunter books and all the Rick Riordan books I’d mentioned above are interconnected, and so many characters had been mentioned again in the other series. And though this isn’t really a cameo, in the book Warcross by Marie Lu, she mentions a guy who she named Daniel Altan Wing, and though it isn’t the same guy, I screamed just because she used the name of a guy from her other series. I found that really cool for some reason.

I’m not tagging too many people just in case you guys are behind on tags like me but feel free to do this tag if you want to!

That’s all guys! Thanks for reading!